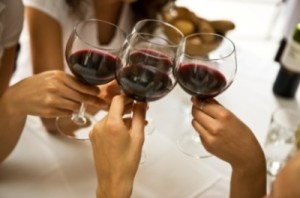 Wine consumption is a very old tradition, and in modern times, wine consumption and circulation is at an all time high. There are, however, some areas that consume more wine than others. In fact, some countries do not even consume a measurable amount of wine, while others might be considered addicted to it.

The region that consumes the most wine in the world is Europe. This probably does not come as a surprise as the Europeans were the first to be recognized globally for their wine creation. However, the areas of wine mass consumption may surprise some readers. Vatican City consumes nearly 30-percent more wine per capita than anywhere else on earth. Surrounding European regions come in second and fall in similar measures to one another. Plausible theories behind the Vatican’s radical wine consumption are that its population is very small and consists of no children, as well as the possibility that outside residents come to Vatican City to buy wine because it is tax free. The numbers have some people questioning the sobriety of the priests and cardinals who live in Vatican City.

Among other high wine consuming countries were Uruguay in South America and Australia. Surprisingly, burgeoning wine regions such as Chile, Portugal, Canada and the United States did not make the top twenty list of wine consuming countries. The United States ranks in the mid-50’s for its consumption of wine, which suggests that the connection between consumption and income is not necessarily valid. Wine is found to be more of a cultural staple than a measure of income.